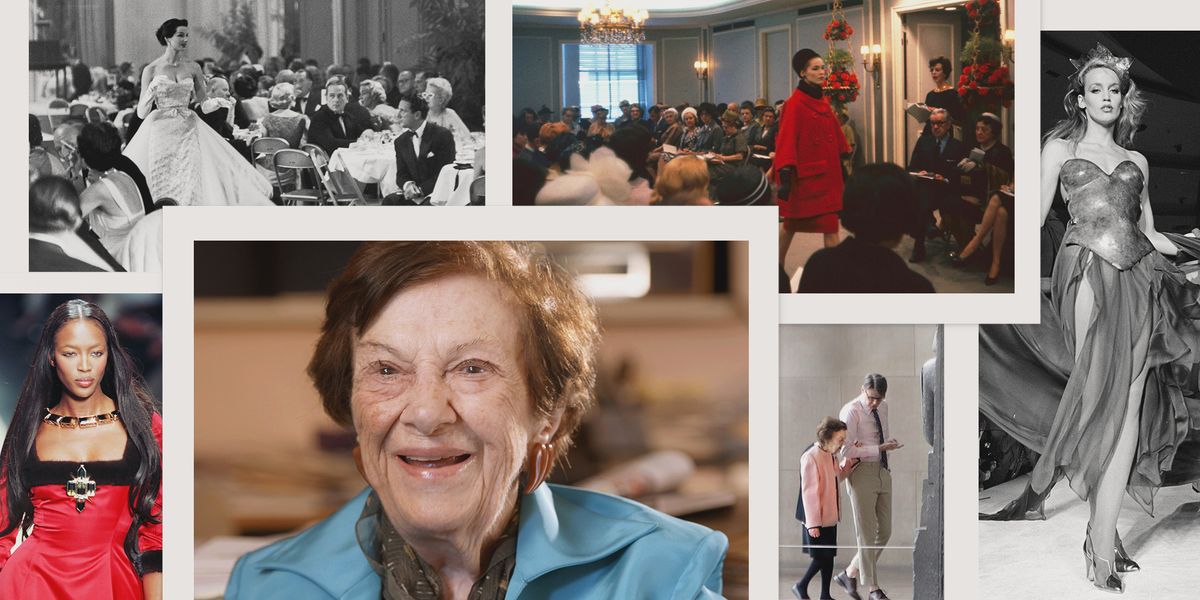 Courtesy of the filmmakers.Getty Images

The calendar may not, at first or even third glance, seem like the chicest invention in human history. An airless grid crammed with names, it’s a visual record of the stodgy process of parceling out time. But Ruth Finley found a way to make it the most sought-after accessory in the industry when she began publishing her Fashion Calendar as a weekly in the 1940’s. Hers came on macaron-pink paper, with charmingly stylized phrasings (“Luncheon Showing of Fall Fashions.”) She chose the color so that busy people could find it easily on a cluttered desk; It came to be known as the “Pink Bible.” Her little calendar-that-could evolved into an industry standby, and was eventually acquired by the CFDA in 2014. The pages of the print version remain pink, in tribute to Finley.

The petite doyenne, who passed away in 2018, is the subject of a new documentary, Calendar Girl, directed by Christian D. Bruun, which follows her in the time leading up to the CFDA acquisition. In it, everyone from Diane von Furstenberg to Carolina Herrera to the late Bill Cunningham sings Finley’s praises and recalls the hallowed moment when they first got their own slots on the calendar. (“I was nobody,” Cunningham recalls of the time when his millinery collection made its calendar debut.) The documentary is a testament to the way fashion, while always chasing the new, still feels old-fashioned in many ways. Finley’s office looks like a museum of pleasant anachronisms, from film canisters to arcing Rolodexes, to a typewriter repair place’s card clinging to one of those Rolodexes. A printer disgorges reams of pink paper, bound for glamorous addresses. She’s shown tracking the changes to the Fashion Week calendar in pen, estimating that 8 to 10 changes come in per day.

And as anyone who follows pre-Fashion Week news can tell you, there’s plenty of calendar drama that needs to be arbitrated—from big-name designers who guard their regular spots, to newbies praying they’re not saddled with a dreaded early-morning slot. Finley performed the tricky calculus of managing personalities with a capital P without ruffling feathers. (She usually tried to wear a designer’s clothes to their show, in the spirit of fair-mindedness.)

Finley gets her hair and makeup done.

Fashion is in a constant state of self-evaluation, perpetually re-thinking the concept of fashion weeks yet always coming back to it. Finley’s life story reflects the old-school quality that our future-obsessed industry still, somehow, clings to. She was a link to a time when retailers were front-row celebrities, fashion shows were relaxed “luncheon” affairs, and influencers didn’t exist. For nearly 70 years, she held sway over not just the schedule but the workings of the industry itself. When she tried to pass her calendar empire on to her family, her children were dubious that anyone could replace her. As one of her sons says in the film, “You think Oscar de la Renta’s going to listen to someone else?”

For more on the film and for tickets to the online screening, go here.