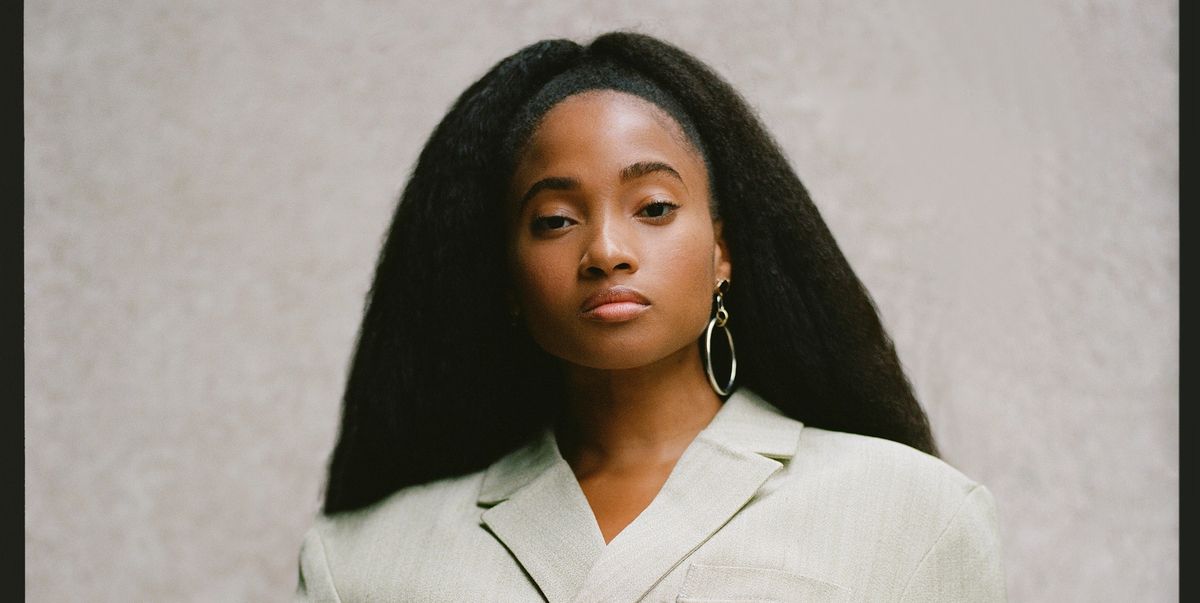 Candace Marie Stewart is a verifiable street style star (if/when such a thing existed) and has an impressive following on social media—people who are there to take notes on her bold, stylized fashion choices. She’s also a social media consultant for Prada and formerly worked for Barneys New York. In other words, Stewart may have a knack for building a presence on the ’gram, but this is a multifaceted woman—and she’s not done yet.

Back in June, Stewart founded Black in Corporate with a team of volunteers. A resource for Black individuals, the initiative helps those looking for relief, support, and guidance in their jobs. And now, the organization is launching the Black in Corporate Virtual Mentorship program.

“We want to set up a highway for people who may not have access to certain things and certain people, because they most likely are, from a generational standpoint, behind in regard to wealth,” Stewart says, referring to the path to higher positions and greater opportunities within corporate America that networking offers. “I use the comparison of a highway and a dirt road, because, yes, each may get you to the exact same place, but with a highway, you’ll get there with more ease, and with less risk of being deterred.”

Stewart tapped professionals from various industries including media, entertainment, fashion, art, tech, and more (most are director or VP level and above) to serve as mentors. Once mentors and mentees are assigned and introduced, the Black in Corporate team will assist each pair in scheduling two meetings by video conference each month for the duration of the three-month program, though both parties are encouraged to nurture the relationship outside of these sessions. Stewart says that the mentors will act as a support system, discussing adversities mentees may face within their corporate environments, and work with them to identify measurable career goals, as well as develop actionable plans to achieve them.

For Stewart, Black in Corporate was undoubtedly born from the momentum of the Black Lives Matter movement, but as a Black woman building a career in a white-dominated industry over the last 10 years at companies including Barneys, Vogue, and Refinery29, the initiative is equally a response to personal experience. “I would see colleagues be propelled forward and would almost feel like I was at a standstill,” Stewart says, recalling an eye-opening conversation with a former white male colleague who revealed that he had lined up an interview for the job through one of his father’s contacts.

Black in Corporate is one of a number of initiatives that have emerged in recent months aimed at addressing the effects of systemic racism on career advancement, including the Black in Fashion Council, cofounded by Teen Vogue Editor-in-Chief Lindsay Peoples Wagner and publicist Sandrine Charles, and the #PullUpOrShutUp campaign, founded by Uoma Beauty founder Sharon Chuter. “I don’t feel like any of this would have happened if COVID wouldn’t have happened first,” Stewart says. “I call it ‘the perfect chaos’—COVID made us be still and actually look at what’s going on.”

While those interested in becoming a mentor or a mentee will apply for the mentorship program through Black in Corporate’s website, for Stewart, social media offers another space to connect directly with young Black professionals. Feedback Stewart has received through the Black in Corporate Instagram account calls attention to the need for mental health support for Black employees in predominantly white corporate environments. Therapy in and of itself is a topic that Stewart recognizes is not often enough addressed among the Black community. “You spend more time with your coworkers and colleagues than you do your own family and friends, so that in itself takes a toll on you when you don’t feel like you have a sense of community in these walls,” she says.

Mentees under Stewart’s Black in Corporate Virtual Membership program may rotate within the program, but the idea is that they leave having formed meaningful, long-lasting, and beneficial relationships. The initiative—small but mighty—is only one example of the power social media now has to drive real change.