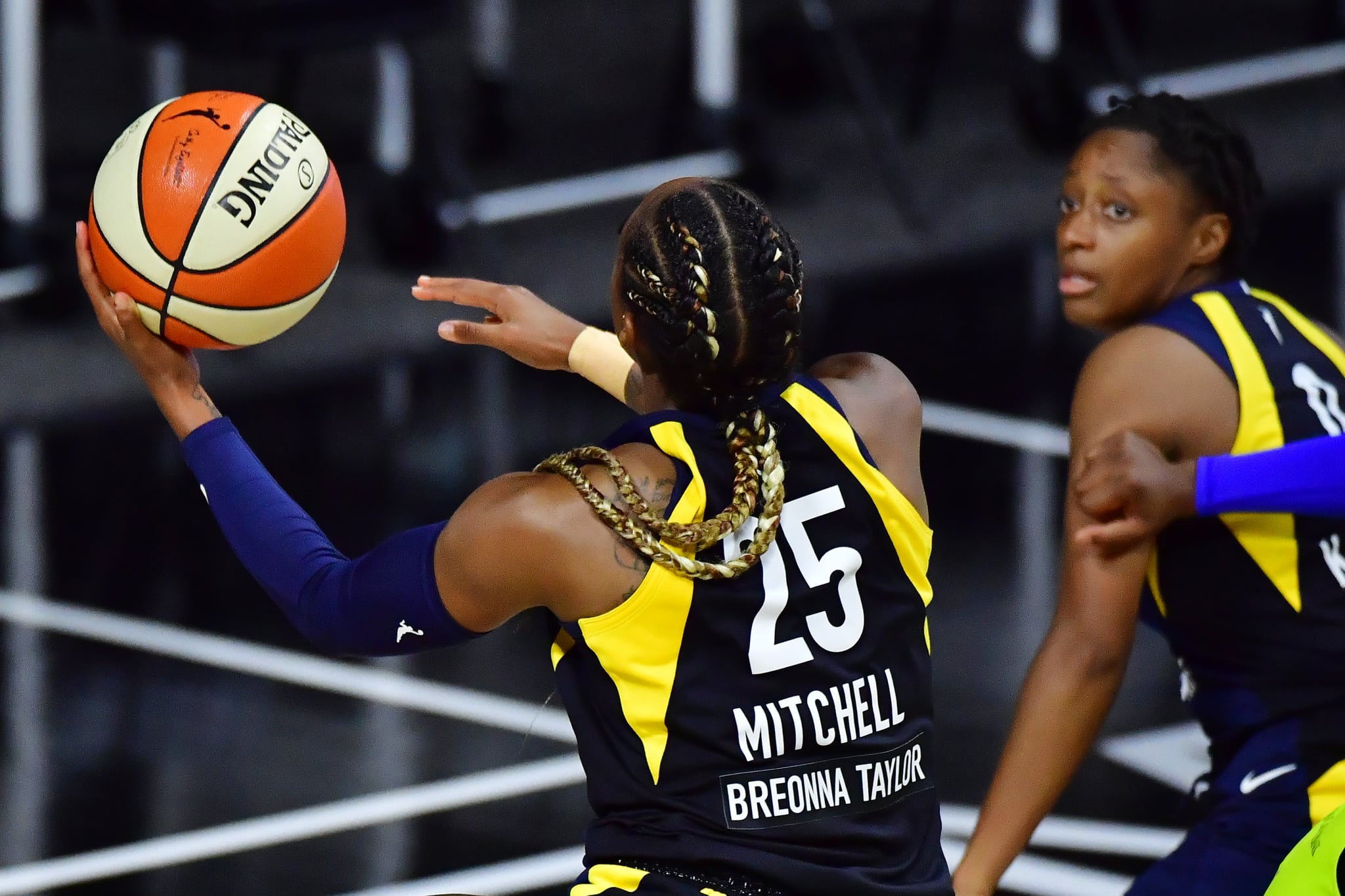 The players of the WNBA were honored during the Women’s Sports Foundation‘s 41st annual Salute to Women in Sports, hosted by Laila Ali on Oct. 14, for their commitment to social justice this season. They were given the Wilma Rudolph Courage Award, named after the world-record-holding Olympian (note: Rudolph was the first American woman to win three track-and-field gold medals in a single Olympics).

In addition to wearing warmup shirts supporting the Black Lives Matter movement and jerseys adorned with Breonna Taylor’s name, players also spoke openly about Taylor’s case, and they took part in a strike after the killing of Jacob Blake. The league’s season was also dedicated in full to the #SayHerName campaign. But this is nothing new — WNBA players have been a proponent of racial justice for years.

New York Liberty guard and WNBA Social Justice Council member Layshia Clarendon accepted this award on behalf of the WNBA. Clarendon said “to win an award that isn’t about shooting a basketball or playing between the lines is important,” adding that “so much of what we’ve done this season has been the courage to stand up for other people, stand up for other Black women, stand up for people who’ve been victims of police brutality.”

Clarendon continued on to say the WNBA wants to inspire young people to take a seat at the table, too, “or you flip the table over and get your own table.” Clarendon noted, “It doesn’t matter who tells you, you don’t belong, that you’re not the right makeup or fit or gender or sex or any of the things that you shouldn’t be.” It’s instead about being united for change.

Ahead, watch a special tribute to the WNBA players narrated by Dawn Staley, a basketball icon in her own right. Keep leading the charge — we know the work isn’t over.

The @WomensSportsFdn Wilma Rudolph Courage Award goes to the @WNBA for their work on racial injustice.

“I fight for racial equality because I want that next generation to feel the same way.” – @Candace_Parker pic.twitter.com/6tvWEwjskL