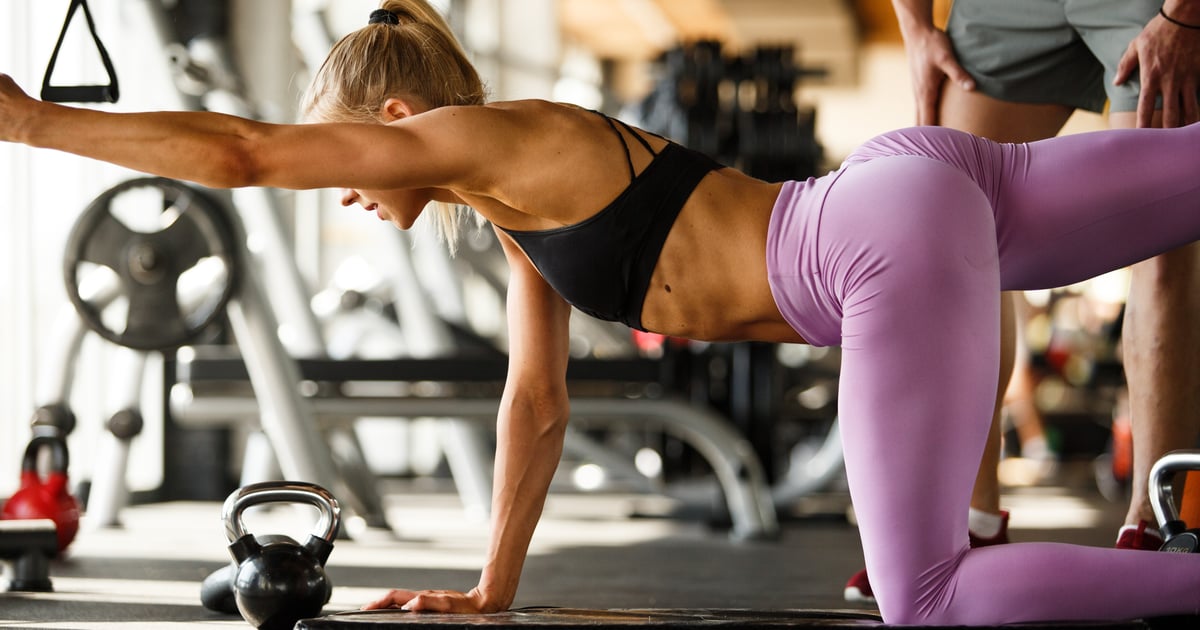 Sometimes it takes an injury to remind you just how important every bone and muscle in your body is. For me, I didn’t realize just how important my back, core, and glutes were until I experienced lower back pain. For a good seven months, I got spasms daily, I could barely walk, and bodyweight exercises were too difficult to perform, which all led to me feeling depressed and like I was never going to get better. I had gone from being a Division 1, All-American sprinter to barely being able to do bodyweight lunges without pain.

After spending entirely too much money and two years looking for a physical therapist, I finally found a group of therapists who figured out the root of my back pain and helped me get rid of it for good.

What Caused My Back Pain

Long story short: my scoliosis has caused structural imbalances for most of my life, and as a result, I had muscular weakness and imbalances on the left side of my body. Not to mention, I learned that my L4 and L5 discs were herniated. My therapists also found that my glutes and core weren’t firing like they should, which meant that every time I ran, lifted, and did anything that involved a heavy load, my back was absorbing a majority of that load instead of the appropriate muscle groups.

The Exercises I Did to Get Rid of Lower Back Pain

In order to get rid of back pain, I went to physical therapy religiously two times a week for about three months. During those sessions, I didn’t do anything intense. I simply worked on glute activation and core activation exercises. I’m talking doing glute bridge variations and plank variations, and focusing on little details like making sure my spine was in a neutral position at all times and that I wasn’t compensating on one side of my body.

It was boring, extremely boring, but it was absolutely necessary. Not only did I have to focus on my glute and core strength during physical therapy, but I also had to change my workouts to apply everything I had been practicing.

How I Changed My Workouts

Once the physical therapists were able to pinpoint the cause of my back pain, it was time to get to work. I had made the mistake of trying to do too much, too soon multiple times, which only set me back in the long run. Another mistake I had made before finding my team of therapists was doing intense workouts on the rare days that my back felt good. This didn’t work in my favor because I never addressed the true issue, which was glute and core weakness.

With the advice of my therapists, I started out with bodyweight exercises and gradually increased the complexity of the movements and weight. Regardless of the exercise, I always made sure that my glutes and core were actually firing and to check my form in the mirror. Ultimately, I had to relearn how to move with and without weight, but it was worth it.

I know a lot of different things can cause back pain, so you’ll definitely want to speak to a pro to figure out what is causing your pain. One thing I can say for sure, especially as a trainer, is that everyone can benefit from doing more glute- and core-activating exercises. I wouldn’t do every single move from the ahead list at once. Instead, choose two to three core exercises (e.g. plank with knee tap, side bridge, and bird dog) and two to three glute exercises (e.g. glute bridge, fire hydrants, and donkey kicks) and complete them before every workout and at least two times a week. You shouldn’t feel any pain while performing the exercises, and if you do, stop immediately!

If you are suffering from back pain, I highly recommend speaking to an expert, such as a physical therapist, who can come up with an individualized plan to help you become pain-free. In the meantime, check out the 12 exercises that helped me get rid of back pain ahead.